Lessons from John Lennon on our Shared Birthday!
October 9, 2011

When I was in the eighth grade, the Beatles were all the rage. My first boyfriend said to me: Do you like that new Beatles song? You know, “I want to hold your hand.” And that’s how he let me know that he wanted to hold my hand. That’s as far as we got…. Which is far as you SHOULD get in the eighth grade! My math teacher, Mr. Mallard, hated the Beatles and said they were ruining music. He wore a Beatles wig to class one day to make fun of them. But we listened anyway. We listened and we loved them that entire decade as they performed all over the world with their mesmerizing music.

Although I shared my birthday with John Lennon, he was not my favorite. That spot belonged to the cute one, Paul. And the number 2 spot belonged to Ringo, perhaps because he was a drummer, like my brother Johnny. And maybe, later, because I had his cigarette butt framed and hung on my wall, well, at least I thought it was his. But that’s another story for another time.

John Lennon was one decade older than me, born October 9, of 1940. But he was much, much older and experienced in his exploration of life. So I was not very understanding of some of his actions in the late 60’s and 70’s. And then I got too busy with my own life to pay much attention. It wasn’t until his death in December of 1980 that I began to examine the lessons my birthday mate could teach me. Isn’t that the way it often is? Lennon himself said: “Everybody loves you when you're six foot in the ground.”

John had a lot to say, not only in his songs, but in other writings as well. He was a prolific song writer, credited with writing about 180 songs with McCartney and over 100 by himself, and who knows how many others that were never published. He also wrote poetry and is quoted from loads of interviews. So the “sacred text” of John Lennon is a long one, and I haven’t studied it all. Now, just as with other texts that some consider sacred, I’m not in agreement with everything, and do not defend all of John Lennon’s words and actions. Yet, the life lessons are abundant. I’ve just chosen a few that are especially meaningful to me to share with you today in celebration of our shared birthday.

1st, John believed, and did not believe, in God, and that was okay. He are three Lennon quotes about God.

“God is a concept by which we measure our pain.”

I have an entire sermon entitled, “Can you say GOD?”with my exploration of the God idea and the God word. So I won’t share a lot of that with you today. Suffice it to say, I can certainly understand the ambiguity in some of Lennon’s songs and quotes. And perhaps it’s okay to be a little ambiguous about something as complex and indefinable as God. 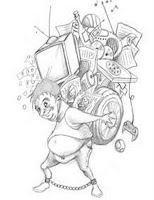 2nd, THINGS can be problematic. Here are two Lennon quotes that reinforce this.

“If everyone demanded peace instead of another television set, then there'd be peace.”

3rd, For the most part, I agree with Lennon when he says:

“I don't believe in killing, whatever the reason!”

Oh, I know we can pull up those situational ethics scenarios that can cause one to rethink one’s stance. But for the most part, I’m appalled that we think we still have to kill people to make this world a better place.

And speaking of killing and birthdays, John and I share our October 9 birthday with someone else I want to remember today.

And John and Troy should both be alive today.
‘Nuff said.

Instead of killing, instead of war, John Lennon dreamed, sang, and made love for PEACE!

4th, John Lennon said:
“It doesn’t matter how long my hair is or what colour my skin is or whether I’m a woman or a man.”

The Beatles were, of course, hugely successful, but one of the main criticisms of our parents was their hair. My brother was in a band called “The Dimensions”, and they all let their crew cuts grow out a little, so that they actually had bangs. My dad and brother had huge fights over this, plus he was thrown out of his 10th grade biology class and told he could not re-enter till he got his hair cut. Seriously! But the hair thing is the mildest part of that quote. After all, hair length is a choice. The quote also moves toward concern for more serious types of discrimination. And John is basically saying that we do not determine the worth or value of a human being based on these physical differences. As Unitarian Universalists we say that we uphold the inherent worth and dignity of all. And I think John Lennon would agree with that principle.

5th, John was a dreamer and wanted us to dream, with him or without him.

John said: “I believe in everything until it's disproved. So I believe in fairies, the myths, dragons. It all exists, even if it's in your mind. Who's to say that dreams and nightmares aren't as real as the here and now?”

Sometimes dreaming gets too hard though, and reality comes rushing in….In the song, “God is a Concept” John writes:

“I was the Dreamweaver, but now I'm reborn. I was the Walrus, but now I'm John. And so dear friends you'll just have to carry on.”

Now, if we take that within the context of the song; perhaps John is just talking about the dreams of religions. Who knows?

But in any case, in terms of peace and love, we dream on!

John said:
“Life is what happens while you are busy making other plans.”

And:
“When you're drowning, you don't say 'I would be incredibly pleased if someone would have the foresight to notice me drowning and come and help me,' you just scream.”

And this quote – which I believe more and more:
“Time you enjoy wasting, was not wasted.”

And the most precious time of all, is time spent with children. My understanding is that Lennon didn’t spend much time at all with his first son Julian, but he devoted himself to with Sean who was born on his birthday, our birthday, October 9, 1975. He wrote:

“He didn't come out of my belly, but my God, I've made his bones, because I've attended to every meal, and how he sleeps, and the fact that he swims like a fish because I took him to the ocean. I'm so proud of all those things. But he is my biggest pride.”

Which brings us to the 7th and final lesson of this day, “LOVE, LOVE, LOVE.”
Here are some of John’s words about love:

“Love is the answer, and you know that for sure.”

“Love is the flower you've got to let grow.”

(In fact), “We've got this gift of love, but love is like a precious plant. You can't just accept it and leave it in the cupboard or just think it's going to get on by itself. You've got to keep watering it. You've got to really look after it and nurture it.” 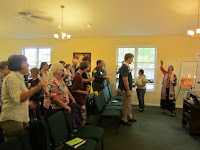