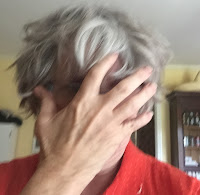 Back in the 80’s, when I was a Professor of Education at Georgia Southern University, my research centered on the teacher shortage that was prevalent at that time.  And I also studied various subgroups (related to subject areas, ethnicity, gender, and more) as this connected to the broader category.  I became particularly interested in the shortage of African American teachers because their numbers were dropping dramatically.  My research partner (who was also white) and I did both quantitative and qualitative studies examining this problem.  We found some interesting information.  But that’s not the point of this posting.  Like most academicians, we presented our research at a variety of conferences.  And when folks would look in the room and see two white folks at the front preparing to present, some would walk out and say they had the wrong room.  Then they would come back in and ASK – "Is this the presentation on African American teacher shortage?"  Both black and white academicians had a difficult time seeing two white folks presenting on this topic.  Some even felt that it was inappropriate – that we were stepping in to access areas of research that should have been designated and “saved” for African American scholars.  I worried that I was overstepping in some way, and invited an African American colleague to join us in presenting at future conferences.  REALLY.  She wasn’t even that interested.  But I wanted us to appear credible.  Then at some point, I thought that our work was ready for publication.  I wanted to publish in a journal with national access, because this was a national problem.  And I thought the problem and our findings were broader than just education, so I wanted to publish in a journal with a broader readership.  I decided to submit the work to the Urban League Review, a scholarly journal published by the National Urban League, whose mission is “to enable African Americans to secure economic self-reliance, parity, power and civil rights.”  Now I could have shared with them that I was a white ally researching problems related to the African American teacher shortage.  But I did not.  I was afraid that the editors might have the same biases that some attending my presentations had.   I wanted not just a blind review – but a color blind review.  They accepted the article and published it.  I was delighted, but always felt that I may have been somewhat deceptive.  I knew that they probably assumed I was black.  Most of the folks researching topics like this were.  And I did nothing to let them know anything different than that.  Now I did not purposely tan my skin and kink my hair to get this article published.  So I’m not comparing what I did with Rachel’s very obvious deception.  However, I am admitting that I probably profited (not financially of course) from not fully disclosing my identity.  And I realized that this is not the only time.  For years, I closeted my religious beliefs for greater acceptance in my community.  And I’ve ALSO researched, presented, and published articles related to LGBTQ concerns without “outing” myself as someone in a mixed gender relationship.  SO – this is my confession!  And I’m asking you, the reader, have you EVER misrepresented some aspect of your identity or hidden it for some reason?  Probably so.  And if that is the case, I suppose we need to be a little more humble in our attacks on others.
Posted by revjanepage at 7:45 AM 1 comment: