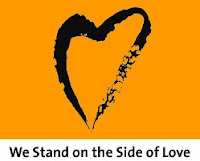 Rev. Keith Kron, director of UUA’s office of Bisexual, Gay, Lesbian, and Transgender Concerns, was our guest preacher on February 14. During the talkback session he discussed the “Welcoming Congregation” program that UUA has and was asked whether or not our congregation was among those who had done the work necessary for this designation. I am embarrassed that Rev. Keith had to answer “no” to this person. While it is something that many of us have wanted to do for some time, there seemed to be concerns about moving forward in the past. I do not think this is the case now, though. We already have someone who has volunteered to chair the “Welcoming Congregation” committee and others have shown an interest in beginning this process. You may be asking, “Why do we need to do this? Aren’t we already welcoming?” I’m providing below some information (much of it from the Office of BLGT Concerns) which may answer some of your questions.

The Welcoming Congregation Program is a completely volunteer program for congregations that see a need to become more inclusive towards bisexual, gay, lesbian, and/or transgender people. It consists of a series of workshops developed by the UUA. The goal of the workshops is to reduce prejudice by increasing understanding and acceptance among people of different sexual orientations. After congregations have completed activities which they determine will help them meet their goals, the congregation takes a vote as to whether they wish to submit their application to be designated as an official “Welcoming Congregation.”

Why single out bisexual, gay, lesbian, and/or transgender people? The Rev. Douglas Morgan Strong probably states it best in the Welcoming Congregation manual: “For centuries, the church has been a leading force against sexual minorities. It is not surprising that gay people are reluctant to reach out to the very institution that oppresses them. Yet, gay, lesbian, [transgender], and bisexual people have no less need for warmth, caring, and affirmation than anyone else who calls the liberal church their religious home. In fact, as a subculture in society gay, lesbian, [transgender], and bisexual people may need our support more than the general population.”

Aren't We Already a Welcoming Congregation?

Is it true that our church probably meets most of the qualifications for a Welcoming Congregation? Our church by-laws state that our membership “is open to all qualitfied persons regardless of color, sex, affectional or sexual orientation, age, or national origin.” And indeed, our membership already includes some diversity in affectional or sexual orientation. However, official recognition as a Welcoming Congregation allows us to open our church as safe space for bisexual, gay, lesbian, and transgender persons; to take positions on oppression in our larger communities; and to accomplish outreach.

Confronting our prejudices in a non-judgmental, non-threatening group allows us to explore their origins and offers an opportunity to replace those prejudices with knowledge. Understanding our prejudices leads to individual spiritual growth and congregational unity.

Our vision goes beyond the Welcoming Congregation Program. By taking this first step, we hope to explore more issues than those presented here—like sexism, racism, ableism, to name just a few. Becoming a Welcoming Congregation will act as a catalyst to learning more about ourselves and to ending exclusion. Only when we are truly open to the wealth of diversity in our world will the inherent worth and dignity of every person be affirmed with a large voice. If you are interested in serving on the welcoming congregation committee, send your name and contact information to statesborouu@yahoo.com with “Welcoming Congregation” in the subject line.
Posted by revjanepage at 6:01 AM