Yes, I know its February and I’m singing a Christmas song – but I haven’t fully lost my marbles.  Hang with me a bit.

When we sing that song at Christmas – many of us are just singing a happy sounding Christmas song.  But for many young children, it perhaps has a different meaning – especially if they BELIEVE.  Now this sermon is not one that explores what we should do about Santa – I have another sermon you can read online about that.  I’m just using Santa as an example to demonstrate some of the concepts from Toltec Wisdom books written by Don Miguel Ruiz.

According to what was reported to be handed down from the Ancient Toltec civilization thousands of years ago in southern Mexico, we were born very innocent and wild – undomesticated, initially.  But we were born with the capacity to learn how to dream – both night dreams and day dreams – because we dream all the time. It’s just more structured when we are awake.  Some of us call it thinking. And initially we were just taking in light and reflections (and, of course, everything we SEE is a reflection of light) – and hearing sounds, that we eventually recognized as symbols for things.  The adults around us hooked our attention and put information into our minds through repetition.  And by using our attention we learned a whole reality – a whole dream that includes lots of things.  We learned how to behave in society:  what is good and bad, acceptable and unacceptable, beautiful and ugly, right and wrong – and what to believe in—including for many of us, Santa Claus.  The symbols – all the letters and words – were agreed to by others – and that’s what makes them seem true.  They are actually just agreements.  This book (holding book) is a “book” because many of us have agreed to call it a book.  In another place – it may be called something different because others have agreed.  And we agreed to read it left to right and from what we consider the front to the back, while others in other societies made different agreements.

And in our society – some folks – at some point and time – agreed that the myth of Santa Claus would be good to share with young children and celebrate.  And because the agreement is so widespread, most of us did feel the need to participate.  Now, again – this is NOT an anti-Santa message – and in fact, I DID do the Santa thing with both my children and grandchildren.

In any case – folks have agreed on things and adults tell them to children.  Adults say: “This is a chair and this is a light and this is the truth.”  And children have no reason not to take in everything adults say and believe it. 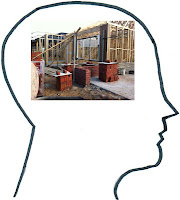 When we are very young, we are building our structure of knowledge in our heads. We are creating our virtual reality by everything we are taking in; and we are using our FAITH – as the mortar to hold it all together.   That is the FAITH that this knowledge is true.  We invest our faith in these knowledge structures we build in our minds.  Then everything we hear or see is filtered through these structures.  In fact, the structures we’ve built then distort what we are really seeing so that it can make sense in the structure that we’ve built and invested our faith in.

SO, what happens when we hear that perhaps the Santa story isn’t true?  At first we may defend what we KNOW is true.  “Yes, Santa does exist – and not just as a metaphor – but as a fat man that comes down my chimney – magically perhaps because the hole is too small – but he comes down that chimney for SURE every Christmas Eve and brings me presents – even though I’m not quite sure why my cousin Tommy – who is really bad – gets more than me.”

After a while, the evidence becomes too great for us to ignore – and in fact our peers are making fun of us because we still believe – and we start to doubt a little more, and more – and stay up late so we can catch Santa hopefully coming in – but we fall asleep.
And eventually we have to come to grips that it was all a lie.

Now perhaps our parents try to explain myth and metaphor to us.  But they knew when they told us as little children that were not taking this as a metaphor.  We were taking it literally as the truth. 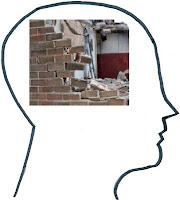 At first it hurts, then we take back the faith that we put into that structure and the wall comes tumbling down.  And perhaps we realize that we can CHOOSE to believe some things and not believe some things that we hear from adults.  And that is powerful.

Now I’ve used this Santa Claus analogy – because almost all of us have had that experience – and have somehow been able to give up that view of reality that we had as young children.  Even Rick Santorum probably has worked through that and no longer believes (in Santa Claus).  But for some reason – it seems to be harder for most folks to take that lesson and use it with other symbols and knowledge in their lives; and take back all the faith holding up those inaccurate structures – so that they can freely CHOOSE what they do with that faith.  And that is where Don Miguel Ruiz’ books may be helpful.

This little book called, “The Four Agreements” was published in 1997.  And some of you may have read that book back when.  I want to share a little about Ruiz and how he got into this business – if you can call it that.  I’m quoting from the short biography found on the book flap in the back of The Four Agreements. 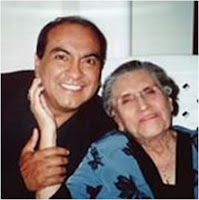 Don Miguel Ruiz was born into a family of healers, and raised in rural Mexico by a curandera (healer) mother and a nagual (shaman) grandfather.  The family anticipated that Miguel would embrace their centuries-old legacy of healing and teaching, and carry forward the esoteric Toltec knowledge.  Instead, distracted by modern life, Miguel chose to attend medical school and become a surgeon.

A near-death experience changed his life…. Stunned by this experience, he began an intensive practice of self-inquiry.  He devoted himself to the mastery of the ancient ancestral wisdom, studying earnestly with his mother, and completing and apprenticeship with a powerful shaman in the Mexican desert….  Don Miguel Ruiz, a nagual from the Eagle knight lineage, has dedicated his life to sharing the wisdom of the Toltec.

Now Ruiz has several publications – but the most famous – by far – especially since Oprah Winfrey recommended it – is The Four Agreements.

For a summary of these agreements, I’m going to share this little video that I found on the internet with you.

Unless you have a lot of time on your hands, I don’t know that I’d recommend that you read both of the books now, because he shares again about all four of these agreements in his new book, The Fifth Agreement.  There is a chapter on each of them:
Be impeccable with your word.
Don’t take anything personally.
Don’t make assumptions.
Always do your best.

The title should be The Four Agreements and the Fifth Agreement.   Now some of you may ask, as I did, “Well if the Toltec wisdom teachers passed on these FIVE agreements – why didn’t he give us all five in the first book.  And some skeptical folks – like me – may wonder if he needed or wanted to make some more money – and *made up* a fifth agreement.  But Ruiz (in his introduction) explains that he did not include the fifth agreement initially because it was not anything he could easily explain or put into words.  His son, however, who has become a spiritual teacher in the Toltec tradition himself – was much better at sharing about it.  So they decided to write this book together and share it with the rest of us.

Well, of course – I was STILL very skeptical – then I found out what the fifth agreement is:
“BE SKEPTICAL!”

Ruiz says that we should question everything – including him – and especially ourselves.

But – Ruiz – has a qualifier to this 5th Agreement.  The entire agreement reads:
“Be Skeptical, but learn to listen!”  He encourages us to listen and to try to understand the intent behind the words – so that we can understand the real message.

Like when folks tell me they are praying for me because they think I’m LOST and need to be saved.  I don’t say, “Don’t bother, I don’t need your prayers.”  Instead I try to listen and understand their intent.  There are some folks who may just want to be mean or something.  But many of those who share concerns do so because they love us.  And what I try to do is to translate their offers to pray or their comments of concern to an acknowledgement that they love me and care for me.  And I can honestly say to them, “I appreciate your love and concern.  I love you too.”  And depending on whether or not they can take a joke – I tell them that I will light a candle for them at the UU church.

But the main point is to really learn to listen to folks’ stories – and try to understand their points of view – and have respect for them if possible.  SO – I “listened” to Ruiz explain some of the Toltec ideas in this new book.   I’m going to share some ideas related to communication with you – but you don’t have to believe it.  It’s just a framework that he is sharing.  And even Ruiz says – he’s sharing it because it makes sense to him and it made sense to his ancestors.  And he says – if it makes sense to you, then feel free to take it and make it part of your own story.  If it doesn’t make sense, ignore it.

The third language is the language of truth, and when we speak this language, we hardly speak.  At this point, we know without a doubt that the symbols we use are our creation.  We know that we give the meaning to all those symbols to communicate with our own kind, and we use symbols with impeccability, the best we can, to deliver our message, to deliver ourselves, because we are the message.   The language of truth is very exclusive because it’s the language …of the artist who has mastered the dream.  The master artists are always happy.  They are at peace, and they enjoy their lives.

Ruiz follows this explanation of languages with these simple questions for the reader.

What kind of message do you choose to deliver?  Is it truth or is it lies?  It is love or is it fear?  My choice is to deliver a message of truth and love.  What is yours?

In his epilogue, Ruiz challenges us to change the world.  How – you ask?  Ruiz explains that we start with ourselves and show others how to have a love affair with life.

I’m listening, Don Miguel Ruiz--- and that love affair sounds good to me!
But you don’t need a recommendation from me –
Because – of course, you have -- Oprah Winfrey!

Amen and Blessed Be!
Posted by revjanepage at 5:10 PM