A Valentine's Day Appeal to my Community 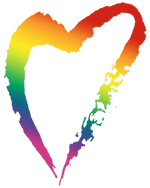 Editor:
As we celebrate Valentine’s  Day, we celebrate romantic love.  I’m writing this letter to encourage folks in our community to be open to a more inclusive celebration.  The Unitarian Universalist Association has a long history in support of the rights of lesbian, gay, bisexual, and transgender people dating back to the early 70’s.  And in 1996, our General Assembly passed a resolution that urged member congregations to proclaim the worth of marriage between any two committed persons and to make this position known in their home communities.  Our little congregation, the one on East Grady with the welcoming rainbow flag out front, has been attempting to do just that.

Having grown up here in Statesboro, I know acceptance of marriage for same sex-couples may be difficult for some people in this community.  Some may wonder why gay people would want to get married.  And some may be afraid of what these kinds of changes may mean.  Opponents of same sex marriage often use these fears and spread false information.   But I also know that our community has a good history of making progress in difficult areas.  I remember the motto:  “Statesboro – where nature smiles and progress has the right of way!”  So I’m taking this Valentine week opportunity to share some facts that may help folks make that progress.  These four questions and answers are provided by the organization Why Marriage Matters for Americans as they consider what it means to allow same-sex couples to join in civil marriage.

How would gay and lesbian couples marry?  All couples who marry get a civil marriage through a license, usually obtained at a courthouse or City Hall. States could make civil marriage available to same-sex couples. Some couples also choose to marry in a religious setting. This would not change.

Aren’t there other alternatives to marriage for gay and lesbian couples?  There have been attempts to create marriage-like relationships, but they don’t work. For example, Domestic Partnership and Civil Union laws still don’t qualify a spouse or children for health care coverage that employers only extend through marriage. If a loved one is sick and needs to take time off from work, same-sex couples are not eligible for family leave.


Our Supreme Court has agreed to make a ruling regarding marriage sometime in the future.  I am hopeful that this ruling will allow me to officiate at the LEGAL marriage of our gay and lesbian members and friends.   Meanwhile, I am happy to officiate at the marriage of these loving couples and share blessings on their union, whether it is recognized by our state or not!

Standing on the Side of Love!
Jane Altman Page
Minister, Unitarian Universalist Fellowship of Statesboro
Posted by revjanepage at 3:33 PM